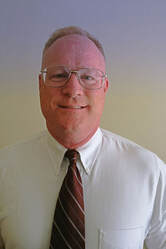 Dr. Andrew Campbell is the Director, International Peace and Leadership Institute. He provides emerging leadership research and leadership development and training programs on a leader’s role in the international, national and nongovernmental organization designed for conflict prevention, specifically for conflict resolution practitioners conducting and executing peacemaking, peacekeeping, and peacebuilding activities within post-conflict resolution and peaceful leadership. In addition, Dr. Campbell, as a retired senior military officer, works for the Department of Defence specializing in Counter-Terrorism and Global Security Cooperation. Dr. Campbell possesses a Doctorate in Global Leadership from the Institute of Indiana Technology, Fort Wayne, IN. and a Master’s in Diplomacy in International Conflict Management from Norwich University, Northfield, VT.  He is an Adjunct Professor for the Air Force Command and Staff College, Norwich University, and the Federal Executive Institute.

Dr. Campbell is a recognized national and international speaker on peace leadership and has addressed the World Society of Victimology at The Hague 2012, Peace Leadership Conference 2017, International Leadership Association 2011–2018, and the European Consortium for Political Research 2015–2017. He is widely published in both national and international journals, on such topics as “Leadership Education in Transitional Justice in Promoting Global Peace” (16) and “Civic Engagement through Education and Forgiveness and Reconciliation as an Organizational Leadership Competence in Transitional Justice” in the International Journal of Servant Leadership (17). He recently published a book entitled Global Leadership Initiatives for Conflict Resolution and Peacebuilding (Apr 18) and co-authored Peace Leadership: Self-Transformation to Peace (Oct 18) which explores leadership theories and practice models to conceptualize the intersection of leadership within conflict management and resolution and peace. Email: andrew.h.campbell3@gmail.com or  www.iplinstitute.com 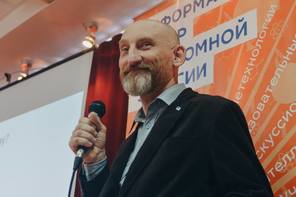 Dr. Pobedash holds a number of awards, including Honorary Citizen of Nebraska – November 21, 2002, Honorary Citizen of the City of Lincoln – November 21, 2002., Letters of appreciation from the Ministry of Foreign Economic Links of Sverdlovsk Oblast – October 27, 2008, September 29, 2011, Certificate of Honor from the Secretary of the Security Council of the Russian Federation – October 3, 2011, etc.

Ph.D. dissertation
Evolution of American Political Realism as a Research Method in Studies of International Relations – defended on May 25, 2007.